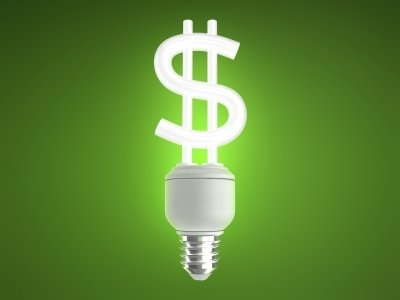 According to usa.gov, “Save Money” is one of the top New Year’s Resolutions every year. Unfortunately, it’s also one of the most commonly broken resolutions.

But this year can be different!

If you’re still air-conditioning your home to the same temperature when you’re not home, you’re wasting money.

ENERGY STAR estimates that you could save up to $180 a year simply by programming a programmable thermostat for energy efficient temperatures settings.

The U.S Department of Energy has specific instructions for how to set a thermostat for energy efficiency.

2.Make sure your electronics are really “off”

According to ENERGY STAR, “75% of the electricity used to power home electronics and appliances is consumed while the products are turned off.”

Why? Because many devices continue to use electricity even when turned “off”.

The best way to stop this: Unplug electronics that aren’t being used (including chargers!)

Since that’s not convenient, you could also use smart power strips that automatically shut off electricity to devices that aren’t being used.

3.Turn down your water heater’s temperature
Most manufacturers set the water heater’s thermostat at 140 degrees. Having it set that high is not only unnecessary, but it’s also wasteful. It wastes “$36 to $61 annually in standby heat losses and more than $400 in demand losses,” according to ENERGY STAR.