LED Light Bulbs: An Easy Way to Save Money While Saving the Earth 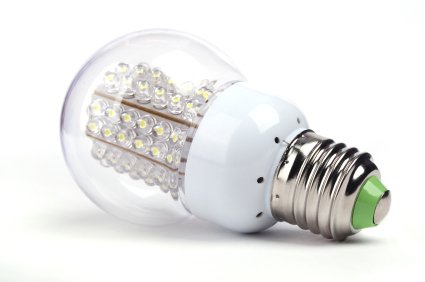 Almost every call you hear to “go green” or be energy efficient has a simple catch: it’s going to cost you. Sadly, not everyone can afford an electric or hybrid car.

However, you don’t have to spend thousands to be energy efficient or earth friendly.

In fact, you can help the environment and save money with this one simple, inexpensive change: replacing your incandescent light bulbs with LED bulbs.

We’ll break down why the change is good for the earth and good for your wallet. In other words: a win-win.

Incandescents are bad for the environment because they are wasteful energy hogs. They use 90% of the energy they’re given as heat, according to the U.S Department of Energy. (That’s hot enough to melt a bunny).

Since they use more energy, our coal-fired power plants burn more coal, releasing more mercury into our environment.

Exposure to mercury, even in small amounts is dangerous to people and wildlife.

According to the Natural Resources Defense Council (NRDC),“When mercury enters the body it acts as a neurotoxin, which means it harms our brain and nervous system. Mercury exposure is especially dangerous to pregnant women and young children, but all adults are at risk for serious medical problems.”

Also, incandescents have a short lifespan (about 750 hours). Meaning you’re changing them more often and spending more in the long run compared to buying LEDs.

Read on to see how.

Why LED bulbs are good for the environment and your wallet

“But,” you may protest, “aren’t LEDs expensive?”

They used to be very expensive. But many of the articles you’ll read about them are from 2009. So the prices aren’t accurate.

Time has passed, and you can now get an LED bulb for $10. That still seems expensive, but you can make back the cost of LEDs within the year you buy them.

Let’s crunch some numbers real quick to show you what we mean.

The money in the math

According to ENERGYSTAR, the typical home spends about $2,200 on energy each year, 14% of that is from lighting. That means you spend about $308 on lighting your home.

If your LED bulbs last 10 years, you’ll save about $2,160 over their lifetime. That’s not even including the money saved from not purchasing new incandescents.

In the long run, you win. The earth wins. Everybody wins.

Get your LED on!

Did you like this article? Check out our other blog posts about home energy efficiency.
Advanced Air has been serving Fort Myers and Naples, Florida, and the surrounding areas for over 25 years.