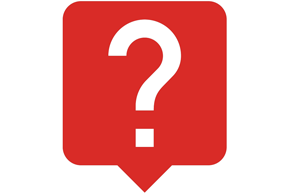 With over 1,414,284 lightning strikes in Florida per year, it’s no shock that your home is likely to have a major power surge this year.

These power surges are one of the main causes of damage to air conditioners, according to FPL Energy Services.

Let’s briefly talk about how you can protect your cool investment in this electrifying scenario (OK, no more puns).

But, just so you don’t get a false sense of security, let’s start with what does NOT protect your AC from major power surges.

Turning your AC off won’t help

Turning off your AC isn’t going to protect it from power surges during a thunderstorm.

Regardless of whether it’s running or not, your AC is always connected to your home’s wiring. This allows a power surge to travel through the wiring and damage your AC electrical components and the compressor (the AC’s motor).

But what about the circuit breaker? That’ll protect your AC, right? Well...

Relying on the circuit breaker won’t help either

Circuit breakers do not protect your appliances from power surges (an excess of volts); they prevent wires from catching on fire due to electrical overloads (an excess of amps).

So if a circuit breaker only protects your home’s wires due to an overload of amps, what protects your AC from an excess of volts?

The solution: Install a surge protector

A surge protector is the best way to protect your AC from power surges during a thunderstorm, according to the Insurance Institute for Business and Home Safety (IBHS).

A good surge protector costs a little over $350. Which we think is worth it to protect a $7000+ investment (plus all your other electronics).

Note: To protect from direct lightning strikes, the IBHS says that you’ll need to “add receptors on the roof and cables that would help direct the strike away from the interior of your house.”

Feel free to contact Advanced Air to get a surge protector installed in your Florida home.

Advanced Air has been serving Fort Myers, Naples and the surrounding areas for over 25 years